How Do I Sing in Head Voice for Pop Music?

For a reason, pop music singers have their own specific style of singing, which is distinctly free of head voice technique.

Classical singers, including opera singers, may find it daunting when it comes to switching genres.

Although they can learn to sing pop in head voice any day as long as they practice for it.

This adaptation, however, will take thorough practice for one to start singing pop music. In similar events, a few pop artists would dream of doing classical vocals.

So, how to sing higher in head voice for pop music? Work to change the shape of your resonance (specifically, that’s the shape of vowels in the resonance).

This method should help you sound better with high notes of your voice when singing pop music.

You don’t need to alter anything except the pronunciation of vowels. To elaborate on this point, pop vowels are pronounced in a much wider tone that’s more relaxed

But just as a headstart, part of your practice ought to be preceded by repetitively listening to several high-quality pop music.

Having to listen and study pop pieces exposes you to the whole idea – which is a foundational thing for entry into any genre by the way.

While listening, you get to understand lots of stuff, the tweaks, the dips, tone set-up, and more elements that characterize pure pop music.

As for the diaphragm support and breathing, there is not a new concept that is different from what you already know with other classical song genres.

For instance, breathing has to be from the diaphragm. Talking about breath, you don’t have to push the tone by releasing a lot of air, you just need a bit less air than the classical genre.

Another way to lip sing in head voice for pop music is by learning how to use the glottal. Glottal is attacking a vowel sound with increased vocal cord closure.

The result is that the hitting of vocal cords creates a poppy sound or effect. By making use of the glottal or subglottal popping effects combined with your natural mixed voice, your voice sounds stronger and clearer when you do attempt singing in the higher notes of your vocal range.

Additionally, you can sing lower notes in pop music by exercising sirening. The siren, whether police or ambulance siren, should start from the lower notes through the highest and back down.

In a nutshell, anyone can sing pop music. It doesn’t matter what your genre is.

The most important thing is to try and learn about a few elements about the class and put in plenty of practice.

Getting a first-grade contemporary pop vocal teacher will make you a great deal.

You want somebody to watch your progress and advise you on the next steps. Just don’t grab any other music teacher on the street. 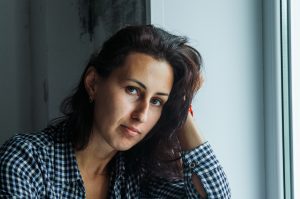